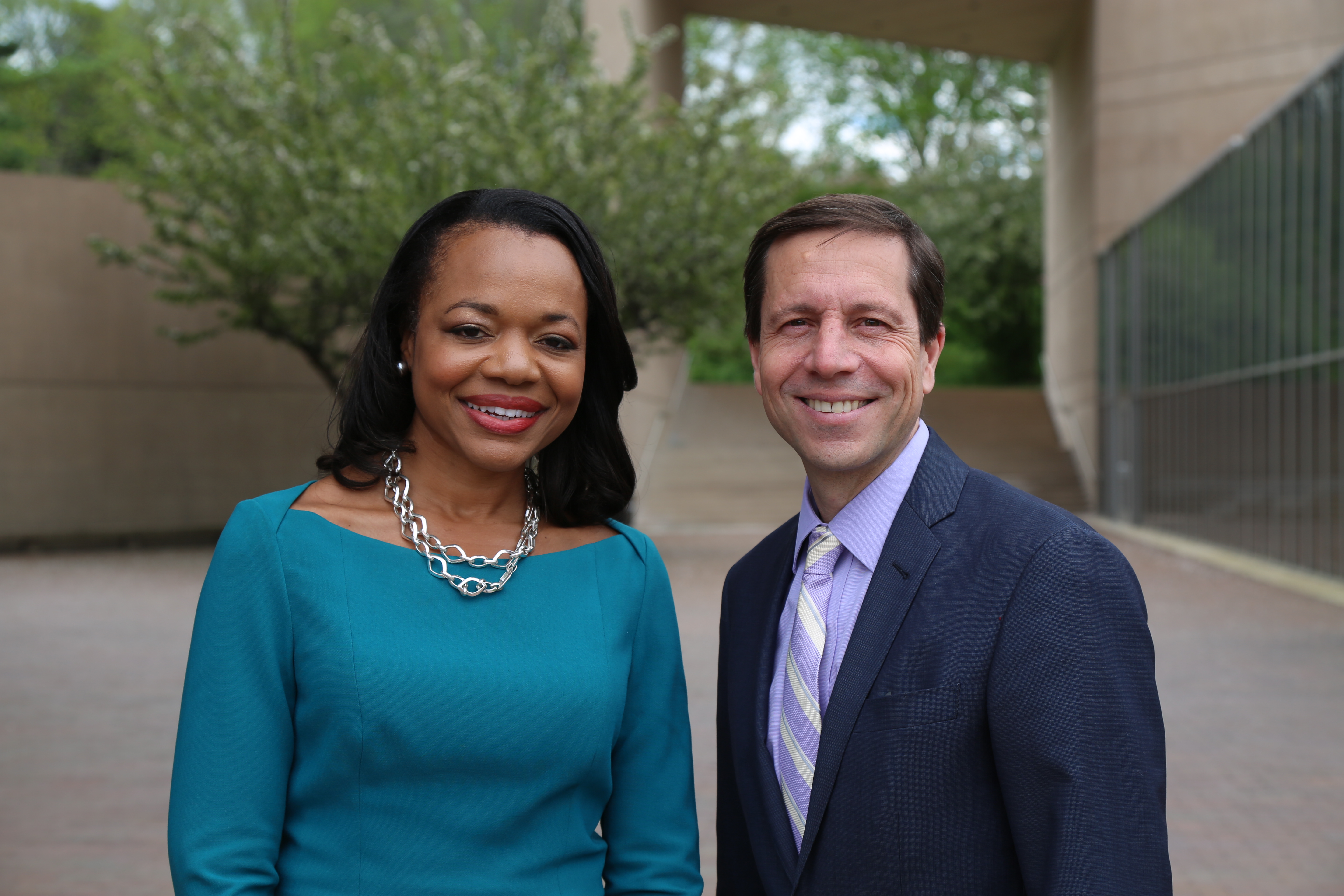 In recognition of her distinguished career, Kristen Clarke '93, President & Executive Director of the National Lawyers' Committee for Civil Rights Under Law, was presented with the 2017 Alumni Award at school meeting on May 3.

Ms. Clarke reminisced about her Choate experience which sparked her interest in civil rights lawyering. She recalled being a member of the late Zack Goodyear's class in American Political Institutions and being driven to Hartford to attend a hearing in connection with Sheff v. O'Neill, one of the milestone cases on school desegregation. "That experience opened up for me the role that civil rights lawyers play in our country," she said. Choate taught her to be bold and courageous in other realms as well -- she was the only girl to join the boys wrestling squad, an opportunity for an intense workout and to challenge gender stereotypes.

The Lawyers' Committee for Civil Rights was formed in 1963 under President John F. Kennedy '35's administration to assist citizens in countering and reducing racial tensions. Clarke says, "There is still work to be done. Many states have seen a rise in voter suppression as well as an uptick in hate crimes. She asked students to envision and work towards "a world with more justice, greater equity, and equal access."

While on campus, Clarke attended the Sixth Form–Alumni Dinner and met with several student groups, including CALSA and CDSA, the Choate Diversity Student Association.