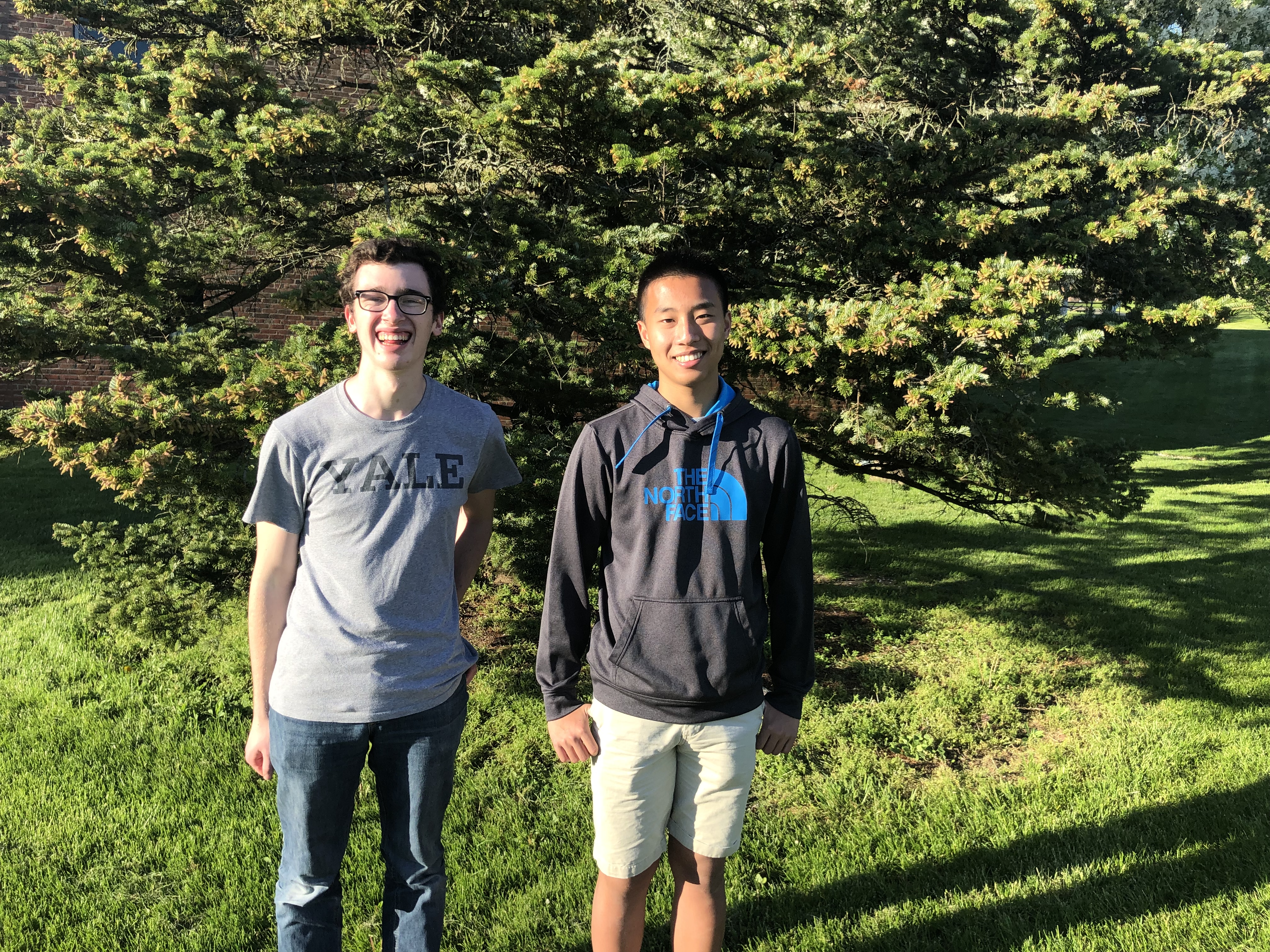 Two Choate students, Jonathan Geller '20 of Madison, Conn., and Will Zhu '20 of Cheshire, Conn., medaled in the U.S. Physics Olympiad placement examination. Twenty students from Choate sat for the first round of testing during the winter term. Of those, Will and Jonathan were chosen to take the next round of testing. Based on their work on that examination administered to 400 students nationwide, Will earned a Bronze Medal and Jonathan was awarded a Gold Medal. Jonathan is one of approximately 20-25 students nationwide who is headed to the U.S. Physics Team Training Camp at the University of Maryland from May 28 - June 8, 2019. From that group, five students will be chosen to represent the U.S. in the International Physics Olympiad held in July in Tel Aviv, Israel in July. Good luck, Jonathan!