2020 Commencement Speaker and Alumni Award Winner: Maria Semple '82
February 12, 2020 10:43 AM
Share to FacebookShare to TwitterShare to LinkedInShare to PinterestShare to EmailPrint this page 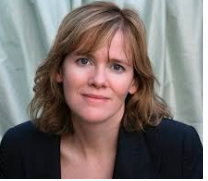 Head of School Dr. Alex Curtis announced earlier this week that author Maria Semple '82 will deliver Commencement remarks to the Class of 2020 on Sunday, May 31. Ms. Semple is also the recipient of this year's Alumni Award.

Each spring, Choate Rosemary Hall presents the Alumni Award to an alumnus/a for outstanding achievement in his or her chosen profession. This is the highest award the School bestows upon a graduate. The 2020 Alumni Award will be presented to Ms. Semple for her distinguished career as an author and screenwriter.

In addition to having written several very successful novels, Ms. Semple has written for television shows like Ellen, Beverly Hills 90210, Mad About You, Arrested Development, and Saturday Night Live.

Born in Santa Monica, California, she spent much of her youth traveling around Europe with her parents. The family eventually settled in Aspen, Colorado and she soon found her way to Wallingford where she joined the Choate Rosemary Hall Class of 1982. After graduation, she studied at Barnard where she majored in English. Then she was off to Hollywood where, as she says, she "wrote screenplays which never got made, and TV shows which did."

She is perhaps best known for her breakout bestseller, Where'd You Go, Bernadette?, which just this past summer was released as a major motion picture starring Cate Blanchett.

A highly successful and celebrated writer, Ms. Semple has also been a wonderful alumna of Choate Rosemary Hall. A resident of Seattle, she has hosted numerous events for our alumni and admission offices and has been a tremendous ambassador for her alma mater on the West Coast. We are excited to welcome Maria Semple back to campus and to hear the words she will have prepared for the Class of 2020!