Alumni Recognized for Outstanding Contributions
May 18, 2021 12:37 PM
Share to FacebookShare to TwitterShare to LinkedInShare to PinterestShare to EmailPrint this page 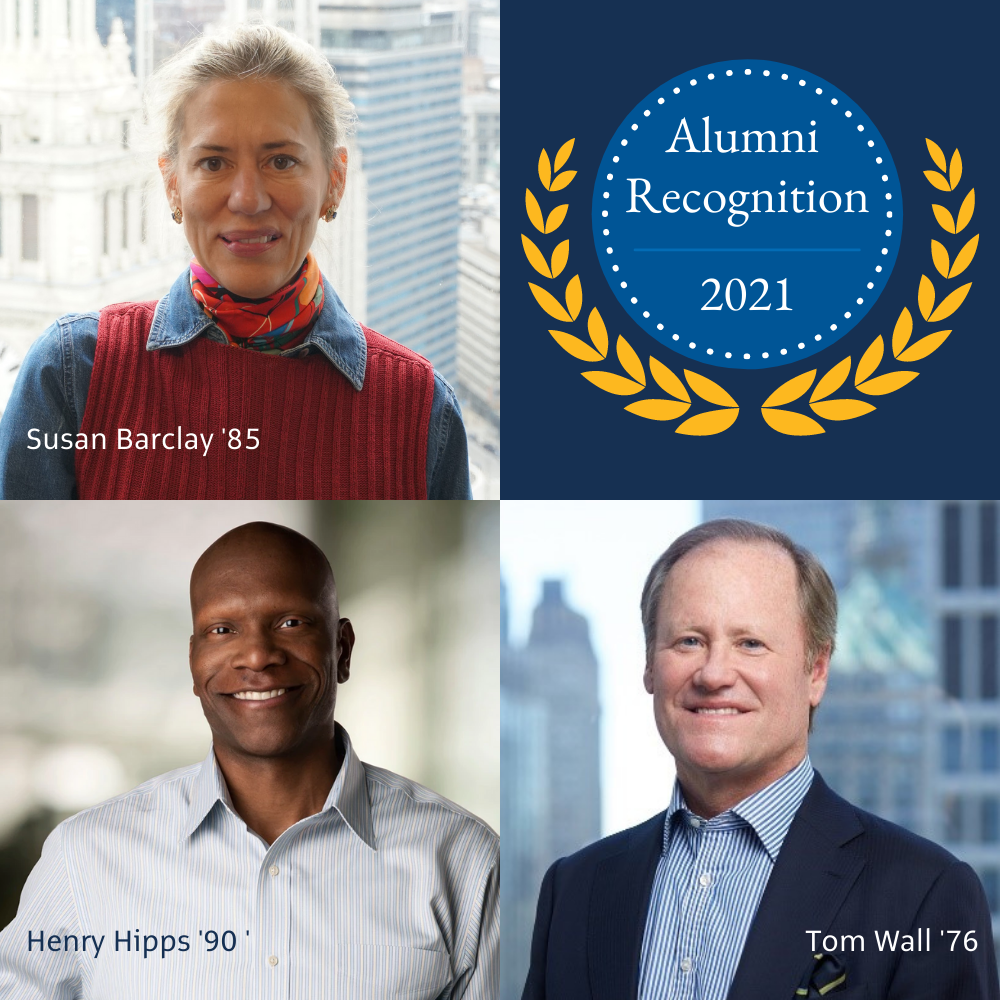 Each spring, Choate Rosemary Hall recognizes the achievements of alumni from different corners of the country and world, who stand out for their varied and remarkable accomplishments.

The School is pleased to present the 2021 Alumni Award to Henry N. Hipps, III '90 for his work with the Bill & Melinda Gates Foundation to improve the availability, awareness, and implementation of solutions that support teachers and increase student achievement in K-12 education. Henry has worked in other capacities in his career at the intersection of teacher and student support, solution development, and market-driven strategy to foster the improvement of curriculum, instructional tools, and education technology. Henry will accept the award at School Meeting on Monday, May 17 where he will share his wisdom and expertise with students, faculty, and staff.

To kickoff Reunion Weekend on Thursday, May 13, we honored both the 2020 and 2021 recipients of the Distinguished Service Award, Susan Barclay '85 and Thomas R. Wall, IV '76. Susan was awarded the 2020 DSA for her vision, commitment, hard work, and partnership with fellow alumni in building and growing the Choate Rosemary Hall Alumni Association we know today. At present, the Alumni Association helps to host more 70 annual events, shares stories and photos online, and has more than 5,000 alumni engaging annually with the School.

Tom was awarded the 2021 DSA for his leadership and generosity in service of the School. Tom served on the Choate Rosemary Hall Board of Trustees from 1998 to 2009, served as Chair of the Investment Committee at the time of conversion from a committee structure to a CIO, and continues to serve on the Investment Committee to this day. In addition, Tom has been a generous donor and has hosted alumni events, as well as headlined a highly engaging Investment Panel in 2018.

On Friday, May 14, we held the 2021 Athletics Hall of Fame Induction Ceremony. The honorees range in their athletic accomplishments, each having a significant impact on the athletic history of the School and often wider contributions in their careers.

William J. Harris '15 played three years of football at Choate, helping to lead the Wild Boars to the 2014 NEPSAC Bowl Championship title. After graduating from Boston College, he was drafted as a defensive back by the Detroit Lions. He has been with the Lions since 2019. Kyle A. Criscuolo '11 played two years of ice hockey at Choate, was a two-time captain of the Harvard Ice Hockey team, and now plays professionally. He was just assigned by the Detroit Red Wings organization to play with the Grand Rapid Griffins.

The 1980 Choate Football Team was the first Choate Rosemary Hall team to go undefeated, winning all 8 games of the season and allowing only 62 points and an average of 135 yards per game. The season was capped off with the team's 4th quarter comeback against Deerfield to go 8-0.

Alumni Recognized for Outstanding Contributions
May 18 2021