On October 5, 2020, author Colson Whitehead visited campus virtually in a community-wide webinar. Whitehead is the author of this year's summer reading, The Nickel Boys. The novel, published in 2019, depicts a fictionalized version of brutal experiences at a juvenile reform school in the 1960s. The novel won a Pulitzer Prize in Fiction, Kirkus Prize for Fiction, was a finalist for the National Book Critics Circle Award, and was longlisted for the Carnegie Medal and the National Book Award. The New York Times Best Seller book is preceded by Whitehead's 2016 novel, The Underground Railroad, which won the 2017 Pulitzer Prize for Fiction. 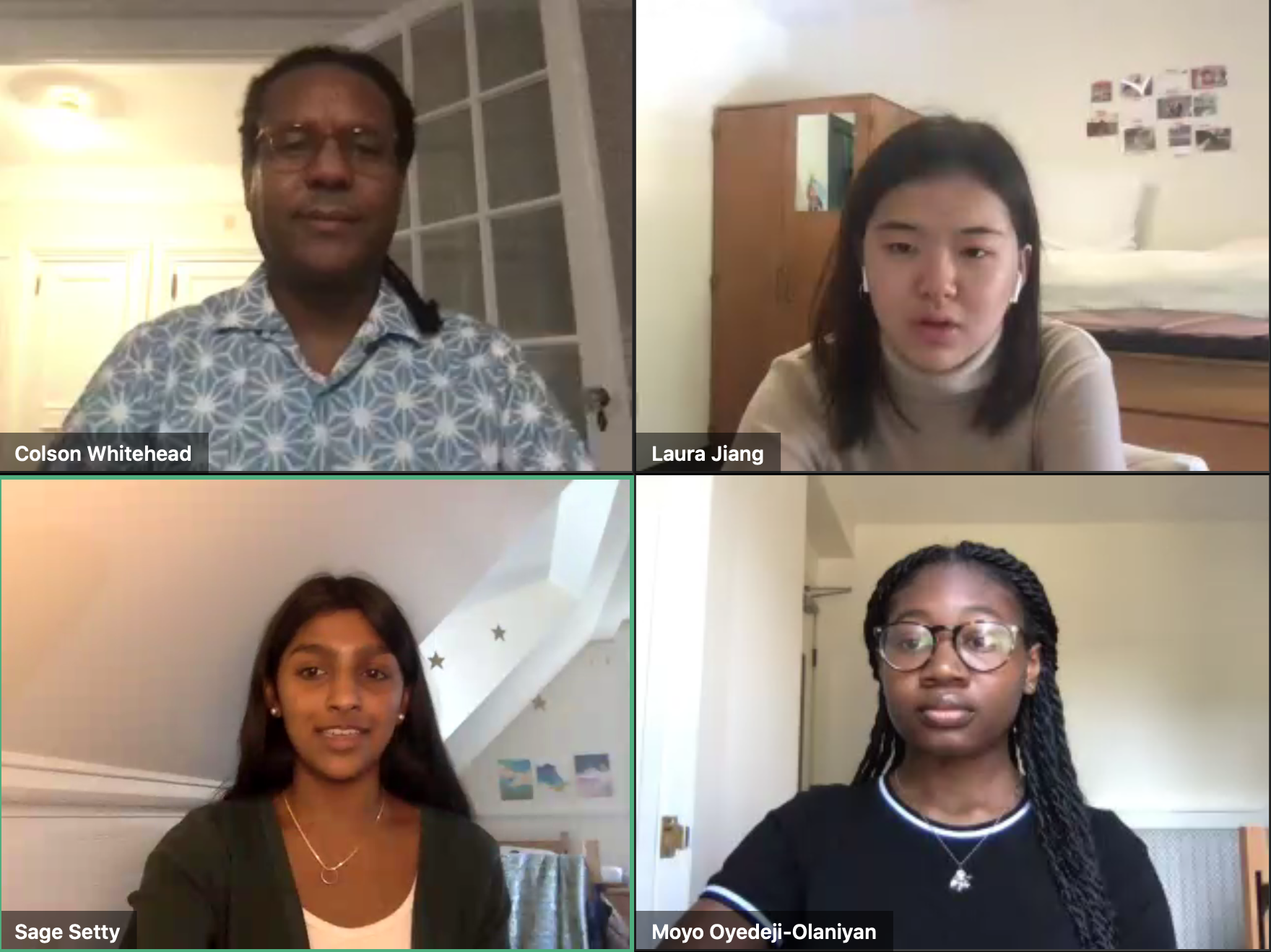 In his address to the school community, Whitehead shared his experience as a writer and author. He also spoke on his inspiration for the novel, The Nickel Boys, saying he felt compelled to write as the nation's division and disputes were coming to a forefront. Whitehead also noted the idea for The Nickel Boys was influenced by newspaper reports discovered decades after incidents outlined in the book. He shared the inspiration behind the protagonists' character formation and the heart of the novel before reading a brief excerpt to the community.

A panel of students including Laura Jiang '21, Sage Setty '21, and Moyo Oyedeji-Olaniyan '21, orchestrated questions from the community. Whitehead replied to students about his writing process for The Nickel Boys, inspiration for characters, and his plans for future novels in various genres.