Jake MacKenzie '17 signs with Boston Red Sox
June 22, 2020 11:24 AM
Share to FacebookShare to TwitterShare to LinkedInShare to PinterestShare to EmailPrint this page 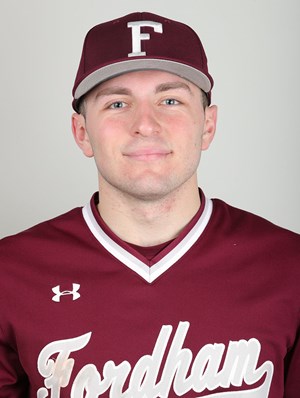 Jake MacKenzie '17 of Wallingford, Conn., signed with the Boston Red Sox this week, following an abbreviated MLB Draft. A junior at Fordham University, MacKenzie, played in 133 games over two-plus seasons before the pandemic shutdown the 2020 season. As a short stop, he quickly made his mark on the Fordham baseball program, earning several awards as a freshman. He received the 2018 Atlantic 10 Rookie of the Year Award and earned a spot on the Collegiate Baseball Freshman All-American team. In 2019, MacKenzie helped Fordham capture the Atlantic 10 Championship for the first time since 1998 and earning a trip to the NCAA Championship.

At Choate, Jake was a deans' list student and multi-sport athlete, where he was a part of the varsity baseball, basketball, and water polo teams. He was a two-year baseball captain and a senior year captain for the basketball team; team MVP and All-Founders League selection as a junior; NEPSAC Underclassman Player of the Year in 2016, and named to the NEPSAC All-Tournament team as a goalie for water polo as a senior. He was a recipient of the William A. Sawicki Award and the William A. Puduah, Jr. Award as the top sophomore and top junior athlete at Choate Rosemary Hall.