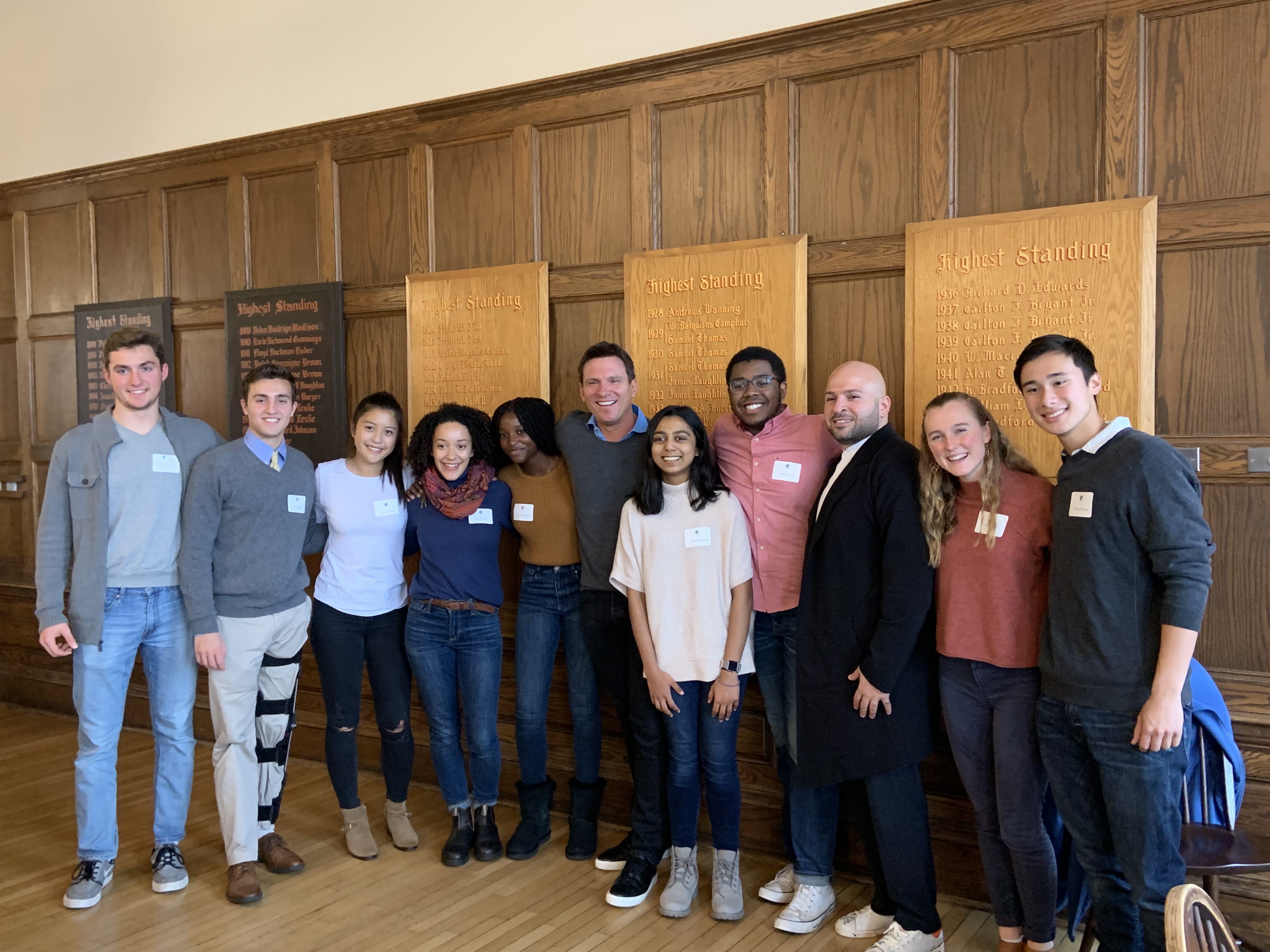 On Tuesday, November 12, the Language department hosted renowned journalist and CNN's Chief Climate Correspondent Bill Weir for the 2019 Krause Lecture. Weir was the executive producer of the original series, "The Wonder List with Bill Weir." Before joining CNN, Weir spent a decade with ABC News reporting from points around the globe, covering breaking news and uncovering global trends. Weir was the keynote speaker at the 2017 the American Council on the Teaching of Foreign Languages' (ACTFL) Annual Convention & World Languages Expo. His work has taken him to diverse lands, having personally visited 45 states and more than 100 countries

Weir was introduced by Georges Chahwan, Chair of the Language department and Arabic teacher. Chawhan noted that languages are deeply interwoven into the social fabric that constitutes our own Choate community and acknowledged that being fluent in another language, or two or three languages, not only gives one a competitive edge but, more importantly, is the key to understanding human knowledge.

Weir's presentation "We Are Made of Stories" was accompanied by slides from his CNN series. He stressed the importance of building trust and relying on "fixers" and translators, contract workers who arrange transportation and other support for visiting correspondents. These people fluent in the native language have provided Weir with valuable context and connection and through them he has been able to report authentic stories.

During his visit to Vanuatu, a Pacific island country located in the South Pacific Ocean, Weir's fixer was able to provide insight into "this garden of Eden before they bite the apple of modernization." He has traveled to the Kingdom of Bhutan, where progress is measured by gross national happiness and other equally important non-economic aspects of wellbeing. While visiting the Greek island of Ikaria, which has the greatest concentration of centenarians, he explored the key to longevity; and in Alaska, where melting glaciers are shifting food crops, Weir witnessed the impact of climate change. He closed he remarks to students and faculty by reiterating the need in our rapidly changing world for "a lot less fear, and more wonder."

Earlier in the day, Weir had lunch with a group of students in the dining hall, then visited Arabic, Chinese, Spanish, and Latin language classes. He also attended an upper level Latin American Studies and French Identity, Family, and Community class.