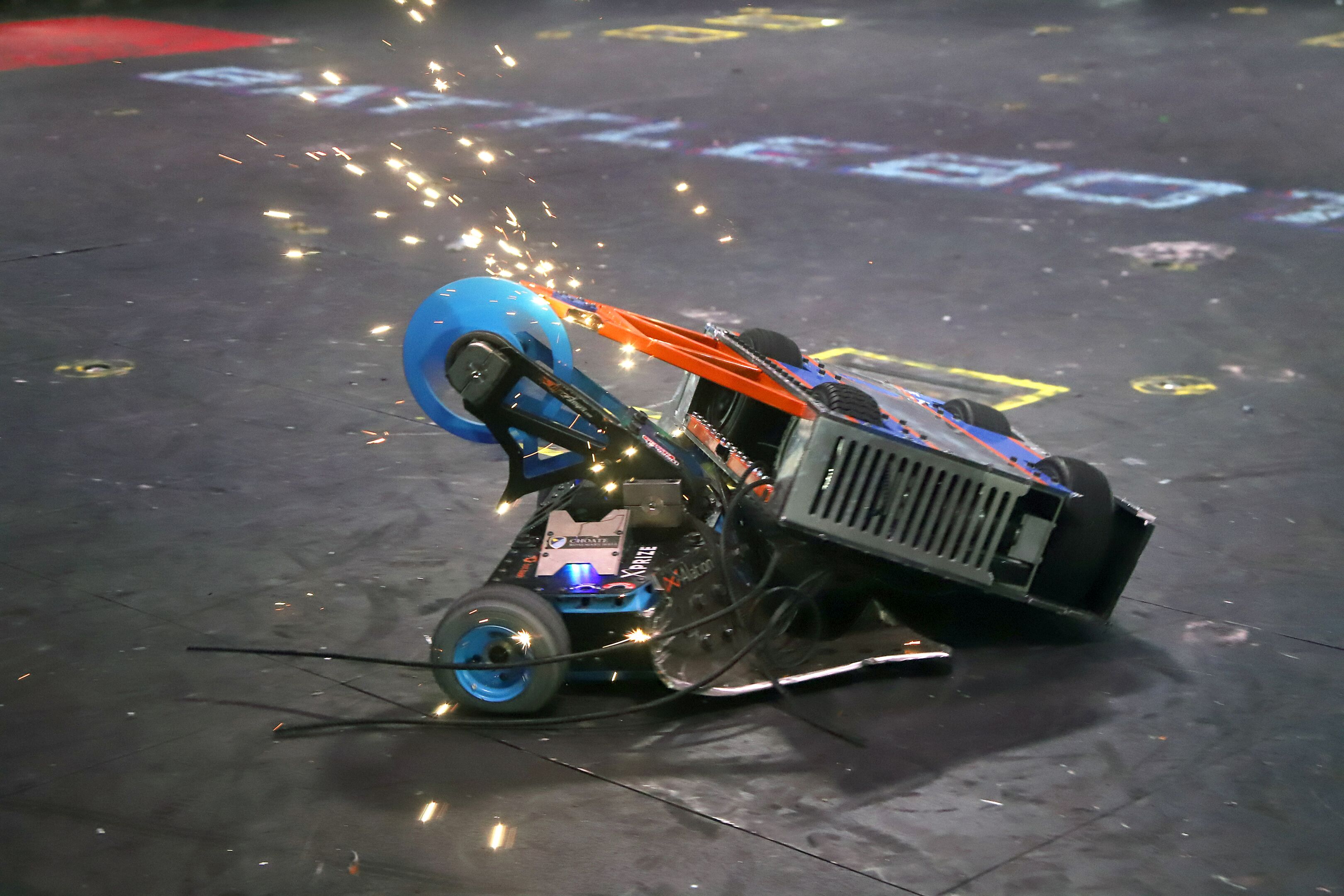 Move over Shark Week! The robot-fighting series, BattleBots, resumes on the Discovery Channel. Protective armor is shred to pieces; robots are torn apart; and sparks fly in this series, featuring the world's biggest, baddest, strongest, and fastest next-generation robots from all over the world.

This season, Choate Rosemary Hall is a sponsor for Team Skorpios, one of 69 competing teams, whose youngest member is Bennett Funk '22, of San Francisco, Calif. Bennett, a rising sophomore and member of Choate's Advanced Robotics Concentration program, was mentored by team leader and driver Zachary Lytle, an eight-time Robogames Gold Medalist.

Lytle is also President and Founder of Bot Bash Party which runs a summer camp that teaches combat robotics to kids ages seven and up. That's where Lytle first encountered Bennett, one of his top students. The program focuses on the core concepts of engineering and science as kids use Bot Bash kits to assemble their dream machines. The basic physics and engineering concepts that are taught help students to build better robots. Says Lytle, "Kids thrive in the program where they learn there is no right answer; they rely on experimentation and innovation to solve the challenges put before them."

Bennett showed great dexterity in the summer camp program, and Lytle asked him to join the BattleBots team for filming last March over spring break. Says Lytle, "Bennett was instrumental in manufacturing the Skorpios robot -- welding, adapting the design, and providing new engineering solutions." During one intensive four-day session, Bennett helped redesign a bracket for the Servomotor controlling arm of the robot. Says Bennett, "Flying out to compete in BattleBots was extremely exciting for me because I was able to use much of what I have learned from the various robotics programs I have taken. I was able to help design and engineer a robot, then see it work."

No spoiler alerts; you'll have to tune it to see how Skorpios fares in the Bot Battle.