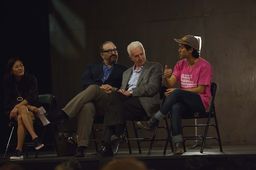 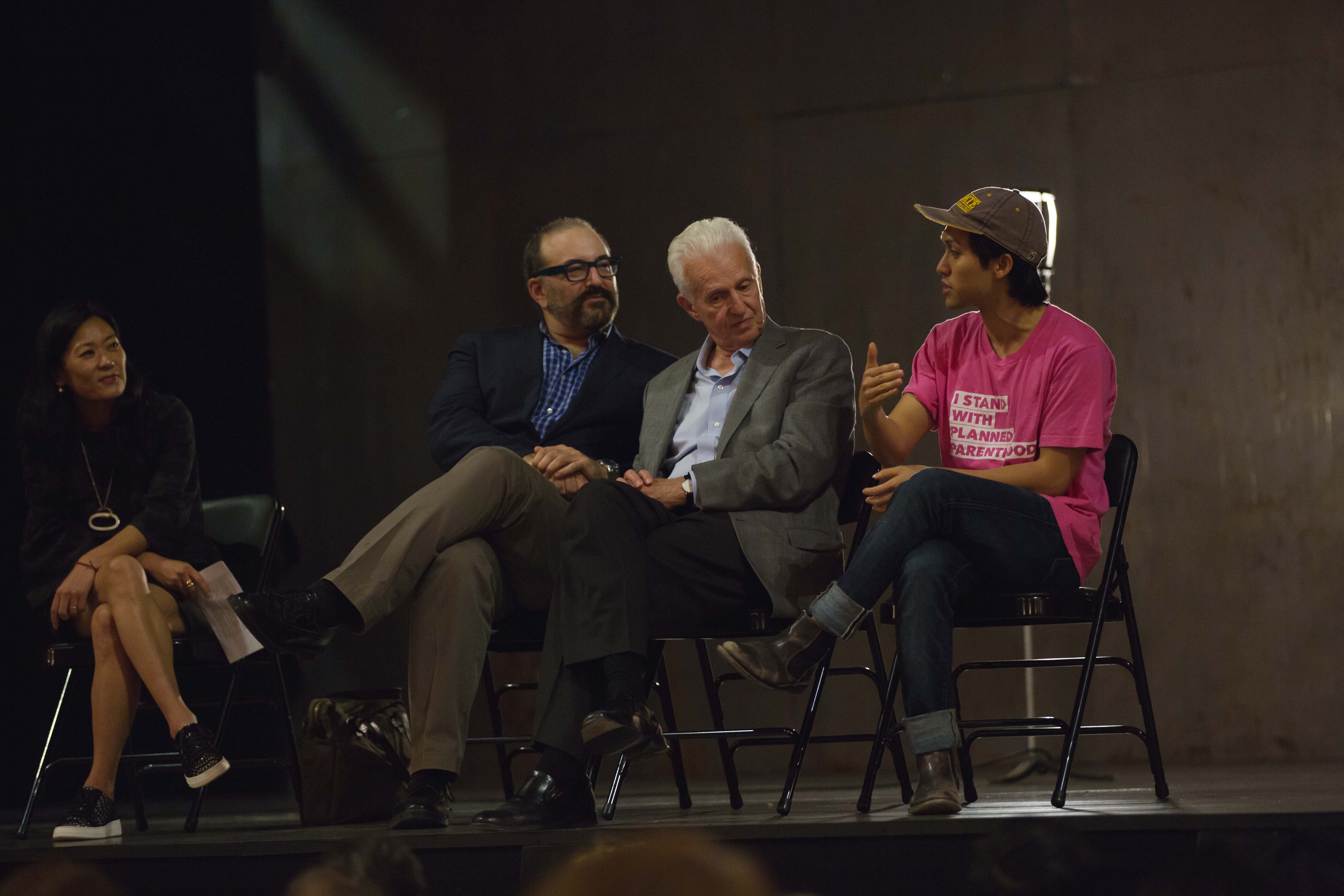 After graduating from Columbia University with a degree in East Asian Languages & Culture, Jin went on to receive a Master of Fine Arts degree in acting from NYU Tisch. Previous credits include Troilus & Cressida and the original Chicago company of Hamilton.

After the performance, alumni were invited to a talkback with Jin, M. Butterfly producers Ben Feldman '86 and Annabel Fan '86, and former Choate Trustee and veteran Broadway producer Tom Viertel '59, who has produced a wide range of plays and musicals on and off Broadway, in London and on tour for over 30 years. The panel moderator for the event was Jon Rebell '93.

A four-year student at Choate, Jin was elected class president every year, was president of the Maiyeros a cappella group, and was the first Asian-American elected Student Council president. Although Jin was not an arts concentration major at Choate, he participated in a number of student theatrical productions and was Kurt von Trapp in the 2006 spring musical student production of The Sound of Music. Jin remembered meeting Tom Viertel who came backstage to greet the student cast.

As Jin reflected on his Choate experience and journey to Broadway, he recalled that it was at Choate that he gained "an appreciation for curiosity that has informed every stage of my career, both as a student and actor." He noted that the experience of performing on the Paul Mellon Arts Center main stage gave him a sense of confidence, and the Choate alumni in the arts wall of fame was a visible reminder of the world of possibilities that awaited him. But what was most valuable about the Choate experience, Jin said, "was that it taught me to be a student, which I still consider myself to be, and a citizen of the world." The panel fielded questions from guests about the new production, directed by Tony Award winner Julie Taymor (Lion King) and how the revival differs from the original 1988 Broadway production, as well as the play's themes of race and gender fluidity. M. Butterfly will run at the Cort Theatre through the end of February. You can read more about this unique theatrical collaboration of Choate alumni in the Fall Bulletin.