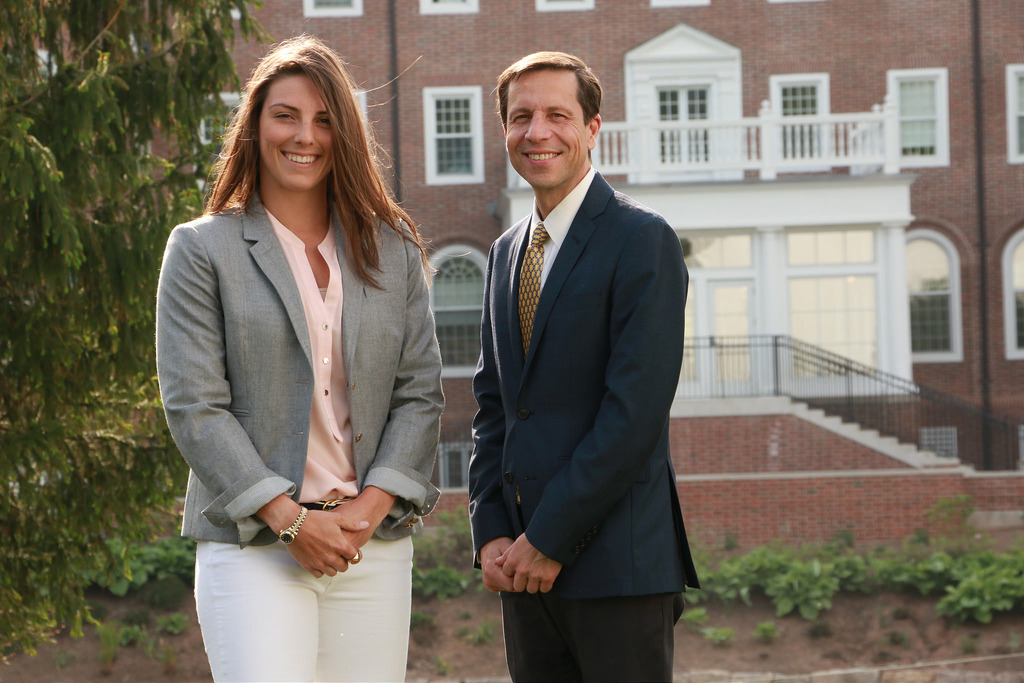 Head of School Dr. Alex Curtis announced to sixth formers at yesterday's school meeting that hockey player and equal pay activist Hilary Knight '07 will deliver Commencement remarks to the Class of 2018 on Sunday, May 27.

In 2006, while still at Choate, Hilary became a member of Team USA. A 12-year veteran of the team, she has won seven gold medals at the International Ice Hockey Federation World Women's Championships and competed in three Olympics. She and her teammates earned silver in the 2010 Vancouver games as well as the 2014 Sochi games. Then, in February 2018 at the Pyeonchang Games, Hilary's lifelong dream finally came true: Olympic Gold. Dr. Curtis noted, "Hilary is a decorated champion on the ice. But her contributions outside the arena are just as inspiring. She brings the same determination and ferocity to the most important of issues. She is a champion for women's empowerment, positive body image, and gender equality." In 2015, Hilary was inducted to the Choate Rosemary Hall Athletics Hall of Fame.

In 2017, she led the fight for equal pay – demanding USA Hockey make a commitment to better financial support of the women's national team. "I want the next generation to have a different experience than we had," she has said. As part of the #LikeAGirl social media campaign to empower women and girls to pursue their dreams, Hilary seeks to inspire young female athletes. Said Dr. Curtis, "We are honored to welcome Hilary Knight – a champion in every sense of the word – back to campus next month to serve as the keynote speaker for the Choate Rosemary Hall Class of 2018's Commencement ceremony."